Turning ideas into software for 20 years
Our distributed software development team will work closely with you to ensure efficient, effective and timely delivery

As you grow
Additional developers are recruited from across Europe, and integrated into one of our four offices

No hassle dev
Easily expand your development team without the headaches of recruiting, payroll, or benefits
Our licenses
Our distributed software development team will work closely with you to ensure efficient, effective and timely delivery
Top Software Developers in Russia
ISO 9001

‍The founder of Sniffspot, David Adams, was inspired to start this movement by his difficulty finding a good off leash area for his dog. Despite living in Seattle, one of the most dog friendly cities in the country, he had to walk over 45 minutes to get to the nearest dog park, and his dog was once bitten there. However, the idea was really kicked off by his wife when she traveled for work with her dog to Baltimore and couldn't find any off leash park for him to play in - she said she wished she had an app for dog parks, and that was the original idea for Sniffspot!

In 2018 David hired NTR to build the entire web app in Ruby and React Native. This included search, checkout, payments, calendar, messaging, search, payment, account management and more. He needed an efficiently built MVP to test the market.
‍
David said: “I provided a visual design in Figma and NTR Labs handled the development. Team consisted of a project manager, two developers and a QA person on the project. NTR handled everything from development, to QA to deploy and all dev ops for the website.
Sniffspot has becomethe largest community of safe, private spaces for dogs to play. Sniffpost connects dog owners with safe play spaces. Users may sign up to visit private yards or sign up to become a host and get paid to share their yards with pup friends.”
‍
Sniffspot has achieved consistent revenue growth well ahead of its goal because of our product development.

“We wouldn't have a business without NTR. They have delivered a very high quality app with efficient cost.”

The customer was a small, but a truly innovative Canadian startup with a big idea. While the decentralized technology space was filled with companies aiming to make a quick dime on ICOs and cryptocurrencies, the two founders of DGT Network toiled hard at their technology, aiming to bring together enterprises into seamless, data sharing ecosystems, which would lower costs across many industries and bring the Canadian economy into the future.

They worked tirelessly and ensured that the network was a technological marvel, substantiated by independent reviews and deep mathematical models. It could bring together organizations, new sources of information, clients, into seamless, scalable business ecosystems. However, a giant leap was required to take their theoretical advantages into the practical application. They wanted a partner, who would take care to implement the technology with the same spirit of innovation, effectiveness, and precision, as was present throughout all of their hard work.
‍
The market worked against them. DGT Network looked for developers, but the field of decentralized ledgers was so new, and their innovation newer still, that it was impossible to find the specialists they needed. They found teams producing copies of existing solutions, companies with talented, but unspecialized developers, unreasonably expensive companies.

All the while, they were looking for a partner who could implement their vision with precision, since every complicated part of it had to come together for the network to operate correctly. That included their unique consensus model, their unparalleled ledger storage system, their unrivaled security measures, and all within a timeline and a budget that a startup could afford.
‍
The customer discovered us almost accidentally, through a distant acquaintance of the founder. Realizing the importance of the vision, we formed a unique bond with the client. We worked closely, through documents and technical specifications, through interviews and phone calls, to ensure that we can build the best network possible. We gave a dedicated team of developers and analysts, who also filled some gaps in the technology that our client had left out. We built an agile, iterative development process and continued to work closely throughout each successive version.
‍
Together with the client, we released three full versions of the product, each met with academic acclaim and success on the larger markets. The most vivid victory was after our first release, when the customer managed to sign their first pilot with a major enterprise, elevating them from pre-revenue to the growth stage. While there were many parts to that exact event, a crucial role was played by a technological addition suggested by our star developer, which managed to convince the enterprise of the security and anonymity that the network could provide. After that pilot, our customer’s business has continued to expand and to this day, our companies are in a fruitful and a productive relationship, currently working on the fourth release.

Select customers
Access money directly from your balance with our debit cards, or easily finance your everyday purchases

In addition to managing multiple development centers for our customers, we have done hundreds of projects, worldwide, either directly or through subcontracts to major systems integrators and digital advertising houses, like Tribal DDB.
History of the company
2000
2001
2004
2006
2008
2010
2012
2014
2016
2017
2018
2020
2022
NTR Labs was founded by Nick Mikhailovsky and Anton Malkov in Moscow. The first projects were for the Russian Standard Bank and ASP-db. Previously the founders developed one of the world's largest interbank payment systems for The Central Bank of the Russian Federation.
The first development center for a US tech company. DogBreath software's CTO hired two outsourcing companies, NTR Labs and another, to finish building The Digital Office for Endodontist. Shortly after, the full team was built, combining DogBreath`s internal developers and those from NTR, while the second development company was relegated to testing.
A development center was opened in Tomsk. Since then it has grown from two rooms in a modest office on Savinykh Street to almost two floors in the best office building in the Special Economic Zone.
A development center was opened in Novokuznetsk. Gradually it started to specialize in systems integration for the mining industry and then we have spun it off as a separate company, Sinergo, leading to the formation of NTR Group.
NTR continued to grow and our staff strength has first reached 100 persons, despite the global economic crisis.
TThe company faced a crisis due to the Moscow Government leadership change, which was our main customer. We have survived as a company by launching our first product during that time.
POIdo. Our first full-blown spinoff, POIdo was a location-based advertising platform. We not only learned to build advertising-scale systems, but also got first-hand spinoff experience from the ground up and inside out. POIdo won several awards, including the 2010 Geo-Loco Startup Competition.
Launched several spinoffs, one of which, Crossss, was later acquired.
Ruble depreciation stimulated the active growth of the company.
The company grew 2X compared to 2014.
Client service office in Houston was opened.
The Computer vision center of excellence was created.
The company grew 30% Y2Y. The Machine Learning Center of Excellence was created. Our Computer Vision Group demonstrates a totally autonomous drone that operates in a new unknown environment without light, GPS, pre-existing maps or human intervention.
Revenue from AI & Machine learning reached 24% based on the results of the first half of the year.
NTR Labs opens office in Tashkent, moves there international headquarters.
Our customers speak 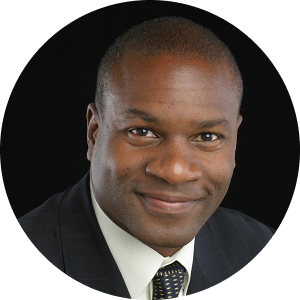 "Until we started working with NTR we were struggling to meet our engineering targets and get product out in time.
After working with NTR we have been able to deploy to our initial customers, start our next generation product and are executing our strategic plan in a way that was previously unthinkable. NTR is great to work with, gives good input and executes the development without delay." 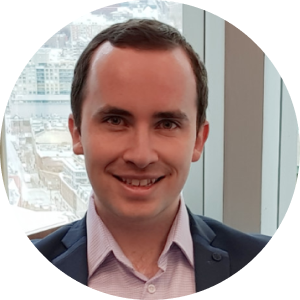 "One programmer from NTR Labs brings the skills and effectiveness of ten from any other company. NTR Labs has delivered high-quality development work and valuable insights quickly. Their knowledge, project management, and promptness stand out from similar vendors.

We had an innovative idea and needed a strong development team to implement it, since we do not possess such in-house resources ourselves. We approached NTR Labs due to their diverse expertise and a strong reputation. We worked with NTR Labs in a flexible framework, co-developing an innovative product with a constantly changing scope and requirements." 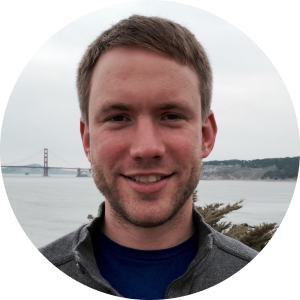 "We wouldn't have a business without NTR. They have delivered a very high quality app with efficient cost. I have been super happy with NTR. I regularly refer them to other companies and I would certainly work with them again."

contact us
We’ve always been obsessed with making work better for people
By supplying your email, you authorize NTR Labs to update you with information about our services. You may unsubscribe at any time.

Thank you! Your submission has been received!
Oops! Something went wrong while submitting the form.